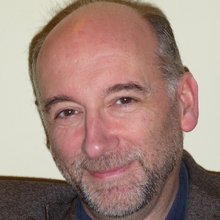 Dr de Courcy trained at the Middlesex Hospital Medical School, University of London, qualifying in 1984. After starting training for General Practice he continued to train in Anaesthetics in Gloucester, Southampton and Newcastle upon Tyne, subspecialising in Pain Medicine. He was appointed as a Consultant in Cheltenham in 1993.

He is also extensively involved in teaching and training: both in the Trust in Pain and Anaesthetics and directing Advanced Trauma Life Support and Advanced Paediatric Life Support courses, and in developing countries through the Primary Trauma Care Foundation, of which he is Chairman of the Board of Trustees.