A project that funded a Homelessness Specialist Nurse in the Emergency Departments (EDs) at Gloucestershire Hospitals has been recognised at the prestigious HSJ Patient Safety Awards.

The award recognises the huge success of the project and the impact it has had on vulnerable people's lives.

The establishment of a Homelessness Specialist Nurse role in the Trust’s Safeguarding Team has led to a more holistic pathway for supporting homeless ED attenders, allowing them to access accommodation direct from the ED. This improved process, along with dedicated support roles, has not only improved the standard of care experienced by homeless patients from multiple vulnerable groups but also reduced frequent and future ED attendances.

If we were going to change the way we looked after homeless patients, we needed to redesign how we engaged with and supported them.

Homelessness Specialist Nurse Shona Duffy said: “Homeless patients have a wide variety of needs that require support. Although we see between 400 and 600 homeless presentations each year, homeless attenders were often discharged from ED without the basic care a patient with a fixed address would likely receive. The Emergency Department team felt this was a disservice to this group of patients, but recognised that there was no quick solution to this problem.

Safeguarding Lead Nurse Jeanette Welsh continues: “Before this project, the cultural norm across Emergency Care at the Trust was to discharge homeless patients back to the streets, day or night, with no ongoing support. We had no overall policy or documentation in place to support staff in caring for homeless patients.

“In contrast, staff now report feeling supported in making more holistic assessments of homeless patients. The documentation the Safeguarding Team created has become a core part of Emergency Department, leading to homeless patients being far better supported on discharge from the ED.”

Shona adds: “One Gloucestershire’s continued support for an additional resource in the form of our P3 hospital In-Reach navigator has proven vital in ensuring ongoing, holistic and personalised care to this vulnerable group of people on discharge from the ED. Follow-on support and multiagency working in the community has seen a large reduction in presentations to the trust.” 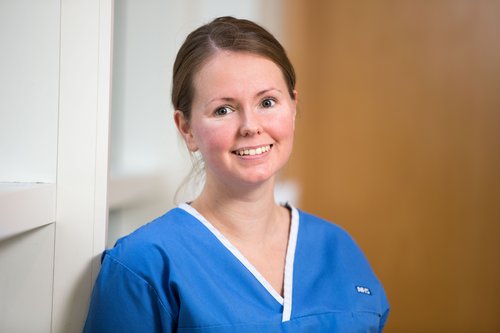 Nationally, it is a common theme that homeless patients top the list for the number of ED attendances. Identification of homelessness on attendance to ED at Gloucestershire Hospitals has improved, leading to the vast majority of homeless patients now only attending ED once or twice, compared to an average of six times for the same period two years ago; if a homeless person attends ED three times, this triggers a more individualised approach to supporting the person.

Neil Penny, NHS Gloucestershire and Gloucestershire County Council Health and Social Care Commissioning Manager says: “This is a great example of how working across organisational boundaries has made a tangible difference to a highly vulnerable group.

Given the shocking figures about the average age of death for homeless people, we’re all very proud that Gloucestershire has become a beacon for national best practice for the care and treatment of homeless patients

Homelessness is defined as not having a home. You count as homeless if you are sleeping on the street, staying with family or friends, staying in a hostel, night shelter or B&B, squatting or are at risk of violence or abuse in your home. Homelessness is a complex health and social problem with multiple determinants ranging from individual factors such as substance misuse and mental health problems to structural inequalities like the lack of availability of housing and access to the welfare system.

Although I had worked in unscheduled care for almost a decade, I became more aware of homeless patients being discharged back to the streets with no support. I started volunteering with local homeless charities and spent time with the Homeless Healthcare Team

Communications Manager
Join our Foundation Trust today and support our hospitals
Sign up today and stay up to date with the latest news and events.
Sign up now
The Best Care For Everyone