Our Trust has 5 staff governors who work in our Trust.

Each staff governor seeks to represent the views of staff in the Trust, but particularly for their own groups, which include: 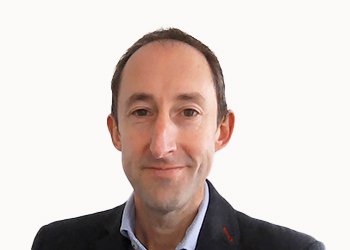 Russell began his medical career in Scotland, developing interests in neuroscience, child health and medical education. He moved to the Southwest to complete postgraduate training, before joining Gloucestershire Hospitals as a Consultant Paediatrician and Neonatologist in 2006.

Alongside clinical practice, Russell has held a range of leadership and governance roles in healthcare education. He has seen effective governance processes achieve positive change in trusts nationwide through quality assurance work with the GMC. He is currently Director of Medical Education for Gloucestershire Hospitals and firmly believes that valuing learning and learners makes us a stronger organisation. Russell has a research interest in the effects of occupational stress on learning and performance.

Russell lives in Gloucestershire with his family. He is a keen cyclist and a member of Cheltenham Silver Band. With experience of Gloucestershire Hospitals as a patient, parent, learner, clinician and educator, he shares the ambition for our organisation to thrive and demonstrate its full potential. 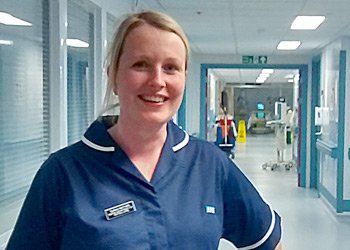 Sarah Mather started working in Gloucestershire Hospitals NHS foundation in August 2006. She completed her nurse training and degree in Cardiff and was appointed to the Oncology department at Cheltenham General hospital. During these two years she completed her chemotherapy course and gained many skills.

In 2008 Sarah was appointed as a staff nurse in Critical Care at Gloucestershire Royal. During this time she has completed various courses and skills such as completing her leadership course. In 2014, Sarah successfully achieved a sister’s position which is her current role. Sarah is passionate about delivering high standards of care and role modelling. As part of her role in the clinical governance team she strives to learn from clinical incidents and improve practice.

Sarah was born in Gloucestershire and both her family and extended family live in the county. In her downtime she is running around caring for her two children and thoroughly enjoys her precious family time. Sarah’s strong links to Gloucestershire makes her determined for not only her patients but for her family to receive a positive patient experience in our trust.

She believes that this role will give her a greater understanding of how the trust is governed. Above all she feels extremely privileged and honoured to represent the nurse sand midwifes in the trust. 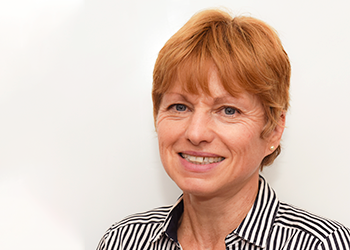 Julia has worked in the NHS for more than 25 years, training as a nurse in Cheltenham and Gloucester, then as a midwife and progressing to acting matron. After a two year break working in governance and quality assurance in Guernsey, Julia returned to Gloucester and currently works part time as an interventional radiology nurse.

Julia has a postgraduate qualification in public health and advanced practice and, among other achievements, has completed a fifty mile charity walk in eleven hours! Julia also set up a small business 7 years ago, which allowed her to dedicate more time to voluntary roles.

Aware of the financial, demographic, technological and political challenges the NHS faces, Julia will bring an understanding of governance and accountability to the role of governor. She will ensure staff views and perspectives are heard and taken into consideration when decisions are made about future planning and direction.

Carolyne started working for GHNHSFT 6 years ago, initially as Medical Secretary Supervisor for the Pain Team, followed by providing PA support to various Executive Directors and more recently as Lead Co-ordinator for the Medical Directorate.

She has a background in business support roles, having had experience in PA work in the UK and overseas, events management, operations and performance management, PMO and running her own business in the hospitality sector in Cornwall for five years.

Now her children are flying the nest, Carolyne has more time to devote to other interests in her life such as the dog, voluntary work and writing a novel, although the latter is making slow progress.

Fervent in her belief that all staff matter and that A&C staff in particular underpin the smooth-running of any organisation, Carolyne is honoured to have been elected as the Non-Clinical Staff Governor.

She looks forward to representing the views of A&C staff on the Council of Governors, ensuring that their views are heard and form part of the current and future plans of this tremendous organisation.