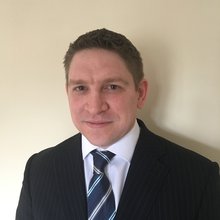 Dr Bond specialises in the investigation and treatment of all arrhythmias including catheter ablation (performed in Bristol), in particular atrial fibrillation and SVT. He also carries out implantation of pacemakers, defibrillators and biventricular pacemakers and has an interest in inherited cardiac conditions.

Dr Bond trained in medicine at the St Bartholomew’s and the Royal London school of medicine, graduating with a first class honours BMeDSci degree and distinction in finals. He then completed core medical training in the South West before starting cardiology training in 2008. In 2011 he was awarded funding from the British Heart Foundation for a PhD at the University of Bristol where he carried out research into the mechanisms of atrial fibrillation. Following this he completed subspecialty training in Cardiac Electrophysiology at the Bristol Heart Institute and Queen Elizabeth Hospital in Birmingham. He was appointed as substantive Consultant Cardiologist and Electrophysiologist at the Queen Elizabeth Hospital in Birmingham in February 2017. He was then appointed as Consultant Cardiologist and Electrophysiologist at Gloucestershire Hospital NHS Foundation Trust in April 2018. He is also an Honorary Consultant Cardiologist at the Bristol Heart Institute.