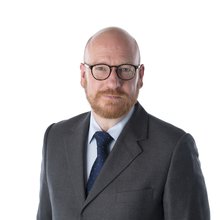 I graduated from Univeristy College London in 1998. Having developed an interest in foot and ankle surgery early on as a junior doctor, I went on to obtain my higher surgical training in London, which I was able to tailor to my interests. My specialist foot and ankle training was completed with multiple fellowships. I spent a year on two fellowships at the Royal National Orthopaedic Hospital in Stanmore, eight months at The Royal Infirmary of Edinburgh and a month at the Russian Ilizarov Scientific Centre for Restorative Traumatology and Orthopaedics.

In early 2010, I was appointed as a Consultant trauma and orthopaedic surgeon in Cheltenham General Hospital and helped develop the Foot and Ankle service there. I now teach nationally and internationally on foot and ankle surgery.

Since moving to Gloucestershire I have developed an ever growing interest in sports medicine. In my spare time I am one of the doctors for Gloucester Rugby, Cheltenham Race Course and several major Eventing competitions including Badminton and Gatcombe. I have acted as an advisor to Gloucester Rugby and Cheltenham Town Football Club for many years and recently been approached to get involved on a national level. One of the highlights was being an orthopaedic matchday doctor for several Rugby World Cup matches in 2015.